Tony is the Chief Marketing Officer here at Sales & Orders, along with heading up the inbound and customer marketing teams, Tony also oversees partnerships and branding for our award-winning company and platform.

We're working hard to help ecommerce merchants reach even more shoppers and increase sales as part of our latest and greatest release for the Sales & Orders platform.

Making our platform bigger, stronger, faster is absolutely a labor of love for everyone here at S&O - from engineering to customer success and everywhere in between.

In 2021 we are doubling - no - tripling down on our efforts to help ecommerce merchants continue to succeed online.

Our mission is to help companies and people grow, and we are excited to announce the rollout of our new Microsoft Advertising Shopping Campaign builder wizard with predictive modeling!

An omnichannel approach in ecommerce is crucial to achieve key growth milestones - especially so for new businesses, startups, and small operations.

In 2020 we deepened our partnership with Microsoft Advertising to bring fast-tracked onboarding for new Microsoft Merchant Center account owners - built directly into the S&O platform:

Now, we are incredibly proud to launch a new and improved Shopping Campaign creator wizard that includes enhanced predictive modeling to help merchants not only create Microsoft Advertising Shopping campaigns more quickly and easily, but also gives merchants the ability to gauge potential performance based on actual S&O data derived from the thousands of merchants already using our platform to manage and optimize their campaigns:

This "done-for-you" solution removes the guesswork around creating and structuring Shopping campaigns for Microsoft Advertising as the S&O platform does all of the heavy lifting,

By leveraging the sliding scale of the predictive Performance Estimator, merchants can get an idea of how far their daily budget can potentially take their performance on a monthly basis.

With campaigns up and running using S&O, merchants can then leverage all the advanced tools our platform has to offer - including new Microsoft Advertising features for Shopping Campaigns like remarketing audiences.

A Most Exciting Year Already

While we are without a doubt elated to have been able to release this at the very beginning of 2021, it also comes as part of an already exciting year for Sales & Orders and our Microsoft Advertising Partnership.

On January 12th, the finalists in the 2021 Microsoft Advertising Partner Awards were officially announced. 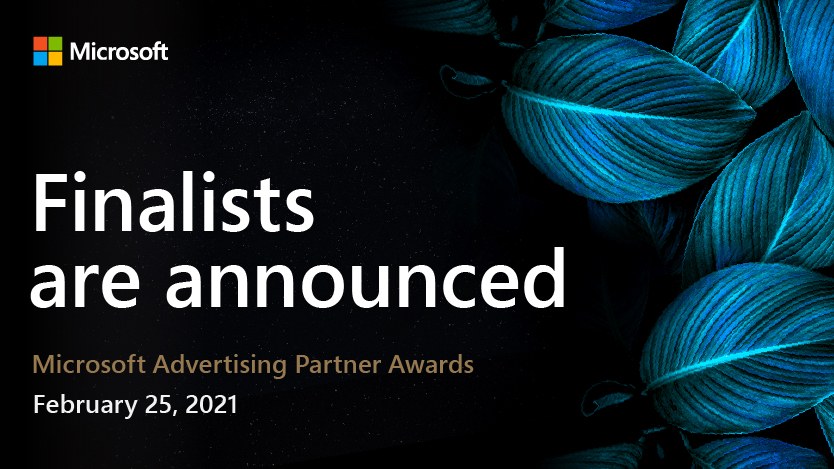 Sales & Orders was named not just named for one but three award categories including and individual award and two company awards.

I myself am beyond humbled to have been named a finalist for Trailblazer of the Year alongside 3 other leaders in the SEM and Microsoft Advertising Partner community.

Even more humbling is having Sales & Orders - our entire team who deserves such immense credit for all the work we together have accomplished over the years - named twice both for Rising Star of the Year and Channel Partner of the Year.